You Can’t Do It Alone! A Little Help Can Go a Long Way in Business- Here’s How you Find | Jill Lublin

You Can’t Do It Alone! A Little Help Can Go a Long Way in Business- Here’s How you Find 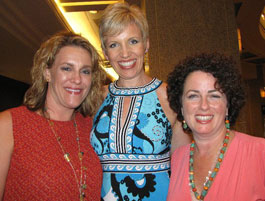 When I first started my business, I felt that I should be able to run every aspect of it myself. After all, I reasoned, it was my business and I should handle whatever was involved. Soon, I found that although I had skills, I also had holes; big, gaping holes where I was deficient. I knew publicity and I had a talent for connecting people, but I didn’t understand what a P & L was and why I needed it.

So I had to get training to learn the language, find out what was involved, what I could deduct, what was taxable, and all I was required to do. Then, I had to learn how to keep records, fill out forms, and make timely payments.

Much of what I had to learn didn’t come easy. I didn’t like it and it took valuable time away from productive, enjoyable activities that were building my business. So first chance I got, I hired a bookkeeper and then a CPA.

I learned a big lesson that has carried over to other aspects of my business. It taught me to constantly look for and identify areas where I need help. As a result, I now hire assistants, writers, editors, graphic designers, people to help me with my speaking career, and people to help me sell my speaking career. Since I travel so much, I work with an agency that handles my whatever I need.

I appreciate experts and their wealth of knowledge. They have helped me over hurdles and taught me a great deal. They’ve also saved me loads of time. I constantly look for the best people in my areas of need and have been fortunate to have received so much help and learned from them.

To succeed in business, it takes teamwork; you can’t make it without help. The day of the Lone Ranger is long gone and even he had his trusty sidekick. Business is now a team sport.

Think how many credits run at the end of a motion picture — they can scroll for dozens of screens. People in pit crews at NASCAR races or those who back up the star attractions at live performances are only the ones you see; many more work behind the scenes.

Recently, I attended the David Letterman show, which was a hoot. Throughout the show, Letterman occupied center stage while an extensive team, who viewers generally don’t see, constantly buzzed around him. In addition, to the band and his cast of on-camera players, Letterman has dozens of writers and production and technical people who even the audience never sees.

Networks are teams; groups of people who help one another achieve their objectives. Each network member has his or her own networks. So when your network gets a new member, it also receives that member’s network and everyone who belongs to it. Every member of your network and your members’ networks is a potential source of referrals as is each person he or she refers you to. When more people are involved, the number of referrals and new business you can receive can soar.

Business is complex. It has numerous facets, many of which you may not know that well. You may be a great administrator, a financial genius, or a manufacturing whiz, but know little or nothing about sales, personnel, or product development. Fortunately, experts are available in each of your weak areas and can be added to your team.

“For years, men have been working in teams, Mimi Donaldson observes. “They have their advisory boards, which function as they do with corporations. Advisory boards, boards of directors, and teams provide direction and feedback.”

“Now women are getting into working more in teams,” Donaldson declares. “Finally, women are getting smart about it and they are associating with highly-competent women who make as much money as they do. And it’s paying off.”

A little help can go a long way. Shoshana Bennett, coauthor of Postpartum Depression for Dummies (For Dummies, 2007), was struggling to do everything herself, but she never had enough time. I convinced her to get a virtual assistant to help her answer correspondence, make calls, send invoices, set appointments, and maintain her calendar. Within days, the difference was apparent. By delegating less important tasks to her assistant, Shoshana was quickly able to concentrate on more important activities and accomplish two to three times more.