John M. Sweeney is the founder of a social movement called Suspended Coffees. In his article, “Kindness Makes Good Business,” Sweeney describes himself as being, among other things, a kindness coach, saying that making others happy had always been his mission in life.This is why, when it came to his career, he found himself flailing. For two-and- a-half years he wasunemployed and felt he had no purpose. Then he read about an old tradition called cafe sospeso or “suspended coffee,” which began in the cafes of Naples, Italy. A suspended coffee is the advance purchase of a cup of coffee for someone who needs it, no matter why. “But it really is about somuch more than the coffee,” the Suspended Coffees homepage says. “It can provide physicalcomfort, conversa- tion, a smile or even a laugh, and a sense of belonging. A suspended coffee can change lives, sometimes even save them.” 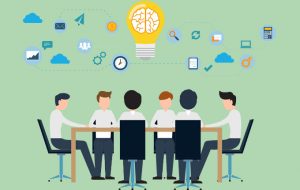 Today the Suspended Coffees movement has more than 2,000 cafes promoting the concept across 34 countries. Sweeney’s compulsion and dedication to spread kindness through businessnearly brought him to his knees. Financially and personally Sweeney struggled, but stuck withhis mission. It is no surprise to discover that his generosity was rewarded.

“I’ve had a complete stranger pay for me to become a fully qualified coach, been flown toAmerica to speak in front of incredibly influential people, have spoken at TEDx, made lifelong friends, and learned a tremendous amount along the way,” writes the native of County Cork, Ireland.

What can we learn from Sweeney when it comes to business? Well, businesses who join theSuspended Coffees move- ment market themselves by association as a cafe that is compas- sionate.This kind of generosity marketing attracts customers who share the same beliefs and willtherefore become loyal customers.

More companies are capitalizing on kindness by associat- ing their brands to a larger cause.From generous return poli- cies like L.L. Bean’s to Airbnb’s “Random Acts of Hospitality,” and evenMcDonalds’s “Pay with Lovin’” campaign, in which customers could offer a hug as a form ofpayment, ideas like these spread like wildfire. Called “generosity marketing,” giv- ing freely to itscustomer has been demonstrated by major players in business. For example:

The element of surprise is so much fun and it really makes an impact on customer loyalty. I love to surprise a client or a colleague with an unexpected gift, a thank-you card, or even a referral or testimonial. Don’t thesegenerosity marketing ideas inspire you to surprise some of your best customers?

We all can perform acts of kindness and pay it forward with similar programs and individualacts that result in cus- tomer loyalty, partnerships, and marketing. In her Forbes article, “How Kindness and Generosity Made My Business More Profitable,” Natalie Peace wrote about the results of her 22 Days of Kindness campaign at the three Booster Juice businesses she owned.She paid all 50 of her staff members to work shifts during which their only duty was to perform random acts of kindness: giving flowers to strangers, washing windows for neighboring businesses, and generally going out of their way to brighten another person’s day. Peace wrote “To pay for the kind of publicity we received would have cost thousands of dollars.”

She also reported a marked shift in employee productivity and engagement, community involvement, increased loyalties of existing customers, and new customers. Did the campaign turn a profit? “You bet,” Peace reported. “I can’t encourage you enough to consider yourcontribution beyond the prod- ucts or services you sell. Dare to do something truly newsworthy and amazing.”

When it comes to newsworthy and amazing, nobody can beat the generous business that JohnT. Carr has been doing for more than 50 years through his organization The Charitable GivingFoundation, which is in the record books as the first American business to engage in causemarketing. Through the work he continues to do through his volunteer-based organization, Carr was able to not only work his way through col- lege and partner up with business and motivational icons like Zig Ziglar, he was able to retire by the age of 34. Try to call him a self-made millionaire, and John’s humility will appear in his response: “There’s no such thing.” Generosity market- ing, social responsibility, and relationship currency are literally John’s business. Cause marketing involves cooperative efforts between a for-profit business and non-profit organization for mutual benefit. In March 1974, when John formed Carr & Associates International as a way of “giving back,” he beganpromoting how charitable causes and businesses could support one another. John focused on inviting businesses to give back referral fees on what they might normally spend for marketing andredirected those funds toward the charitable cause of the buyer’s choice.

It has worked remarkably well, generating hundreds of mil- lions of dollars for charitablecauses, connecting consumers with merchants and causes that benefit us all. The company’s missions statement says it all: “Enriching the lives we serve with compassion, respect, andintegrity.” And when you go to the website, www.charitablegivingfoundation.org, all pur- chases made through the website go to charitable programs. So, it’s safe to say that John’s wholebusiness was founded on kindness and giving back.

“I always tried to use kindness in business to tend to cus- tomers’ desires and needs first,because that’s when people realize that you really care about them,” John told me. “One of my famous partners, Zig Ziglar, said, ‘If you find out what people want and deliver it for them, you will be successful.’ John credits the book Try Giving Yourself Away by David Dunn for changing the course of his entire life, describing the book as the epitome of the profit of kindness. And give himself away he did.

“We did everything we could do to exceed the needs and expectations of our customers.We would rec- tify the mistake, even if it was on the customer’s end.

We don’t really advertise, and we don’t solicit or make cold calls. We simply workthrough referrals and word of mouth. This is how we know the profit of kindness really pays off in the marketplace.”

John explained that he subscribes to the same business belief as Berny Dohrmann at CEO Space: collaboration, not competition. “I strive to help other business and charitable causes, andI get criticized for trying to be all things to all people, to which I respond, ‘Can’t I try?’” he said witha laugh.31 Well, it seems he has succeeded, because it is a genuine spirit of generosity that helpedJohn help others. By putting others before himself, John has been able to go down in history with hisingenious blend of business and generosity to make the im- portant point: The two should bepracticed as one, and when they are, everyone comes out a winner.