THE DAY AFTER… | Jill Lublin

Well, two things that have been on my mind in terms of branding – one is Sarah Palin being punked by a Canadian radio show before Election Day.  Her answers were again proving that she has no idea about how to behave herself in foreign matters and the answers weren’t even discerning enough to verify the call and do some further questioning.  Her answers were childlike – including the little girl giggles and I almost could feel the toss of her hair as she made plans to go hunting with the prime minister.  She didn’t even listen closely enough to tell he was joking about a numbers of items. 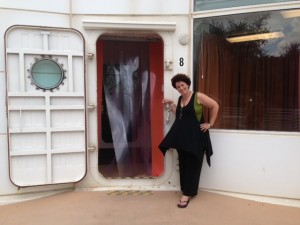 On the positive side, Obama’s speech was like one we haven’t seen in a long time – close to the heart, inspiring — it moved me and the people around me to tears. His acknowledgement of John McCain was gracious and kind. His love for his wife, children, and family were obvious!  We’re so lucky to have an authentic leader of our nation.  Authenticity is the key word here and it is reflected in every move of Obama’s physical presence, commanding speeches, and presence. Branding is best when it’s authentic and matches who you are. John McCain’s concession speech was indicative of the man he used to be. The one we had heard so much about – more commanding and kind – all at the same time. Quite a few people around me said if had he spoken more like that during his candidacy perhaps he might have won the presidency.

This to me is the lesson about branding. Be authentic to who you are.  McCain wavered from who he was and his branding strategy was all over the place. He tried many things and none of them worked including his vice presidential choice, his Saturday Night LIve appearance, and his smiling more as he did more media interviews (an obvious change in his behavior and a sure sign of extensive media coaching). He moved away from who he was, probably listened to too many advisors and his branding got mixed up.

Barack, on the other hand, always talked about Change. He stayed consistent with his message. He always remained true to who he was.  You could see who he was from the get go.  Authentic and true hearts are here. Authentic Leadership is the name of the game now. Americans showed what they want. We welcome Barack Obama as the leader of the new United States of America.